My family and I stayed in the Galapagos Islands 7 days during the 2017 Summer vacation: 5 days in a cruise ship and 2 days in Puerto Ayora, in a hotel facing the sea.

Planning a trip to Galapagos Island, the first issue is always the following: is it better to visit the islands taking a cruise, or it is better to stay overnight in the islands and travel by boat during the day?

Hereinafter, I will explain the reasons that led me to choose the cruise + 2 days in the hotel. At the end, I can say it has been the most correct choice.

First of all, we preferred to visit the Galapagos with a large ship since the management of the trip seemed to be easier, given that there were seven of us: three children aged between 4 and 8 years, in addition to my parents who are seventy years old. Island hopping would have involved a greater physical and mental effort e.g. in the transfer of suitcases from one hotel / island to another.

Furthermore, this was not the first experience in the Galapagos; about twenty years ago I had visited it with the Islands Hopping formula and found it very tiring due to the excessive navigation on small cabotage boats and it seemed to me not very suitable for children and grandparents. In fact, sleeping in a hotel involves the need to reach the islands of greater naturalistic value with a transfer that can last several hours. Therefore, much of the day is spent on sea on generally small and uncomfortable boats. It is certainly cheaper than cruising, but you risk getting tired much more and seeing less.

Finally, I have a beautiful remembrance of a cruise done in the Maldives in 2007.

The great advantage of the cruise is that every half day you change locations, and transfers are made while guests wash, rest or eat on the boat. 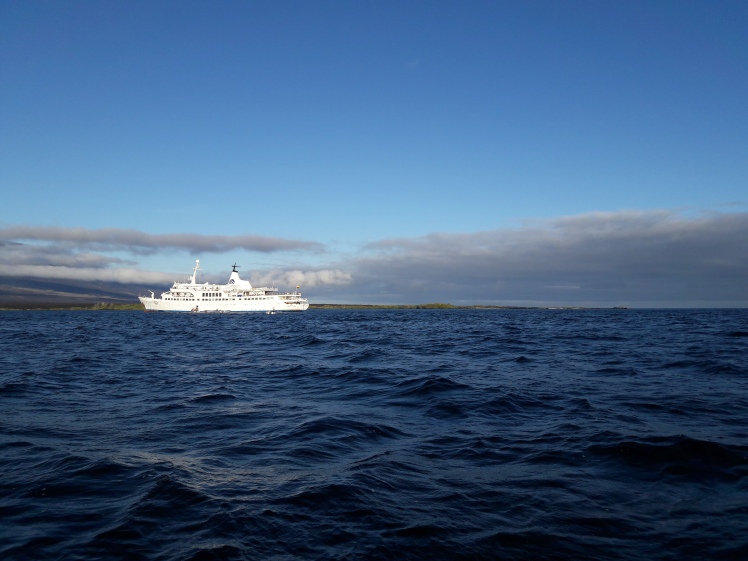 Large or small boat for a Galapagos cruise?

Cruises can be made on large or small boats. We have chosen a very large boat, a real ship: the Galapagos Legend for over 100 passengers.

The reasons that led me to choose a large ship are the following:

(i) a large-sized ship creates less nausea for passengers;

(ii) my children were able to run and play freely on the long corridors of the ship. The Galapagos Legend even had a playroom for children, a library, a small gym with an exercise bike and a rowing machine. Finally, there was a small swimming pool (never tested) and a hot tub (tested);

(iii) it was our intention to find a cruise that made the route to the north west to see the islands of Fernandina and Isabela north. And this route is only carried out on a cruise with large cabotage ships, as these islands are the most distant from the airports and cities, and can only be reached after many hours of sailing.

For budgetary reasons, it was much more convenient to spend two days on dry land than to extend the cruise. However, I must admit that the two days in Puerto Ayora were really interesting and well worth the effort. The most curious photos and videos (e.g. sea lion sitting on the harbor bench with my children) we shot them right in Puerto Ayora.

Consequently, if I had to recommend the ideal travel program, it would be 4 days by ship and 3 days in Puerto Ayora.

The north-west route was chosen because I had read (and experience has confirmed it) that Fernandina and the northern part of Isabela are among the youngest and wildest among the islands of the archipelago; in addition to being the least crowded by tourists.

To be precise, for a couple of days the only trace of human presence was our ship: we saw no boats, neither of fishermen nor of tourists.

There was no field for mobile phones on the ship; this means that for days there have been no phone calls, internet or facebook.

Moreover, in this regard it is important to remember that, for those who had the need to stay in touch with the rest of the world via the internet or WhatsApp, it was possible to use the ship’s satellite communications for a price of US $ 60.00 per 100 MB of data.

The only sources of light were the stars and the moon; on cloudy nights, there was an almost oppressive darkness, in whichever direction you looked.

I must admit that disconnecting all the contacts with the rest of the world for a few days was a wonderful experience; how fascinating it is to know that you are (or believe you are) the only human group that will set foot on that island more than 1,000 km from the coast on that day. 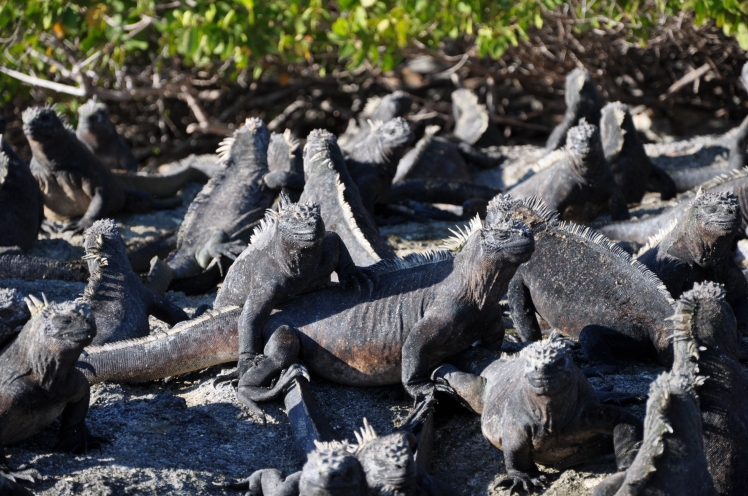 If you want to read about the typical cruise day on the Galapagos Legend, follow this link.

If you want to read about the escursione on the north-west Islands of the Galapagos arcipelago, follow this link.

3 risposte a "Galapagos cruise with children"